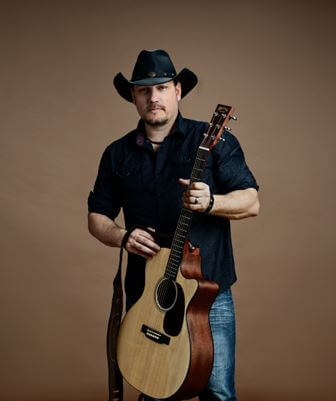 Cory completed an international tour in May 2019 with shows in Washington, Oregon and British Columbia, including a sold-out show in Ashcroft, BC. He will be returning to the US in August as the opener for Whey Jennings, grandson of Waylon Jennings, in Portland, Oregon.

His single “We Both Bleed” was released to radio nationwide on May 27 and will be available digitally on June 4. The song was written by Nashville recording artist Chris Janson and Emmy Award winning songwriter Trey Bruce. The eleven-song album, “Welcome to My World” will be released later in the spring and includes a duet with Georgette Jones (daughter of George Jones and Tammy Wynette).

I had the chance to chat with Cory, below is our interview. We look forward to catching his performance at Cavendish Beach Music Festival.

Q: You released “We Both Bleed” to the radio a week ago and it finished off the week at # 3 on DMDS downloads to radio. Tell me about the song which was written by Chris Janson and Trey Bruce and how it feels to reach # 3 in just one week.

A: Yes, it was truly an honor to have the song be received so well. I knew this song was special as soon as I heard it. Trey Bruce and Chris Janson both have a lot of street credential when it comes to songwriting, with Trey having written “Look Heart, No Hands” for Randy Travis and “That’s How Your Love Makes Me Feel” for Diamond Rio, both of which had been number one songs as well as many other hits. Chris actually did the demo for “We Both Bleed” so it was a bit intimidating hearing this big powerful voice on the demo. As soon as I heard it just stood out above everything else. There was just something about it – the story, the melody, the chord progression. I knew right away it would be part of the record but not so much at the time that it would be the first single. But as we got to listening to it over and over and we talked about it, we knew it was the perfect song to start with. The song has definitely spoken to people, especially those who understand the special bond that two people in a committed long-term relationship have. My wife and I have been together almost twenty years, so it spoke to me on a personal level too. We are also working on a lyric video and asked people to send in photos of themselves with their loved one that we are going to use in the video. That’s had a great response and we are looking forward to sharing that with everyone in the next few weeks.

Q: You just finished up an international tour in May, how was that? You are returning to the US in August as the opener for Whey Jennings, tell me a little about that?

A: That was my guitar player/bandleader/good buddy Roland Breaulieu’s and my first time out west so everything was a new experience. It was a bit of a challenge getting there, with lost luggage and Roland taking a detour to Vancouver overnight but it was awesome. Just getting to meet new people and play at new venues, you can’t beat it.  And yeah, we are coming back to do it again in August. Many of the venues that we played in May are having us come back, which is a huge compliment. We appreciate that a lot. And getting to play with Whey at the Ponderosa in Portland, that’s something I am really looking forward to. I am a huge Waylon Jennings fan, I even have his logo tattooed on my arm, that’s how big an influence he has been. So, getting to play with Waylon’s grandson, it’s a huge honor.

Q: Tell me about your new album “Welcome to My World”.

A: When I went in the studio to record this album, I had wanted to record a full-length album with all my own material. I probably had 70-80 songs that were pitched to me along with my own songs. That was a result of meeting writers at the CCMAs last year and keeping those contacts and keeping those relationships. I figured out quickly that having a whole record of my own stuff was not the way to go. That wouldn’t have resulted in the best record possible, which was my goal. Now we have an album that I am extremely proud of and it tells a story, from beginning to end. People have been really kind in their feedback and that’s always great to hear.

Q: You won 2018 CCMA National Spotlight Performance Contest which lead to performing at the Legends Show, attending the CCMA Gala Ball, songwriter sessions along with attending the CCMA Awards Show. How was those experiences? What was the biggest highlight of that week?

A: That was a huge opportunity and the biggest milestone in my career at that point in time. For winning the competition I was allowed to play the Legends show, which included Chad Brownlee, Terri Clark, Aaron Goodvin, Charlie Major, Jason McCoy, JJ Shiplett, Patricia Conroy and Michelle Wright. A lot of great things came from that, things that I hadn’t expected at the time, including meeting my manager, Trisha Richardson. It was really inspiring and made me realize no matter how long you’ve been in this business, there’s always room for improvement because there is a lot of talent out there.

Q: If you could choose an artist to collaborate with, who would you choose and why?

A: Well for sure I would love to have the chance to team up with Georgette Jones again. She was kind enough to sing with me on this current album, we did a duet called “That’s Love” which was written by David Joseph. Georgette is the daughter of George Jones and Tammy Wynette and an incredible singer in her own right. So yeah, I’d absolutely love to do it again. Plus, I really like the way Luke Combs and Chris Stapleton have that raw, traditional sound. That’s something that really speaks to me, speaks to what I am striving to bring to country music. I am also a big fan of 90’s country and some of my influences from that era that have continued to be a force in country music even today, it would be awesome to get to work with them, like George Strait, Travis Tritt and Mark Chesnutt.

Q: Are you excited to be performing at Cavendish Beach Music Festival this year?

A: Most definitely. This will be our first time performing at Cavendish. Of course, we have attended as fans but it will be really special getting to play for the crowd and sharing the bill with so many talented names.

A: We will be releasing another single in the fall and continuing to promote the album throughout the rest of the year, for sure. Like I mentioned, we will be heading back out west with my band, The Red Dirt Posse, for another tour in August and also going to do some more shows in the east. And I will be attending the CCMAs again this year and looking forward to meeting some new folks and catching up with old friends. And always writing new songs, too, of course.

A: I think 2020 is going to be a great year ahead. We’ve got more tour dates coming up, both in the US and across Canada. Plus, we will have more contests on social media and new ways for the fans to get involved. For anyone that is interested, you can sign up for my mailing list at corygallantmusic.com and follow us on Facebook, Instagram and Twitter at Cory Gallant Music.