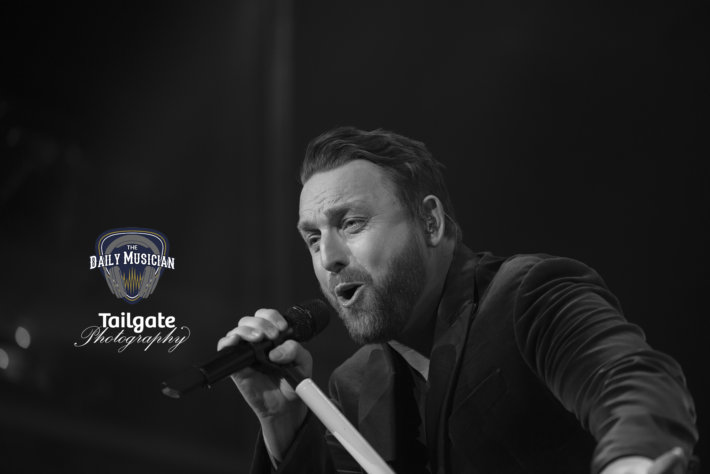 “And the train went
Ooh ooh!
Party’s pulling into town
Ooh ooh!
Best you get up on it now
Ooh ooh!
Take a ride with me
All aboard the old soul train”

Johnny Reid brought Revival to Halifax & Sydney aboard his Soul Train. If you have ever attended one of Johnny’s concerts, you know that the moment the curtain drops it is non stop entertainment. He is an incredible performer with vocals that leave you with chills, his dances moves are awesome,  a great story teller and he is all about his fans.

The Revival Tour was nothing short of amazing. Jessica Mitchell from Toronto opened up the show. Her debut record is being released in May and was exclusively available during the tour. Jessica has a beautiful voice and people can relate with her song lyrics, they are personal and real.

We had the pleasure of covering both shows, first at Scotiabank Centre in Halifax on April 16th, and at Centre 200 in Sydney April 21st. Both shows were packed full of fans, from wee little ones to the older generation. One thing I find incredible and interesting is his Tartan Army, a lot of the members will go to multiple shows even if they are across Canada. That is dedication and he appreciates that.

The curtain drops and Johnny comes out running from side to side performing “Soul Train”, the crowd was going wild. The energy he has is incredible and he doesn’t miss a beat. During his performances he will sign autographs, take gifts from fans, all while still singing.

After the first couple of songs at each show, he stops and thanks the crowd for spending their dollars to come see their performance, He says they know the value of a dollar and they appreciate the fans.

Everything about the show was amazing, from having a huge band with every instrument you can think of on stage, to the lights, the dancing, the energy and Johnny’s voice. He has a unique and powerful voice, he held a note during one of his songs that gave me chills, it was beautiful.

At this point, what could possibly make this show any better? GLASS TIGER! Johnny had Glass Tiger as special guests that came out halfway through the show to perform some of their classics along with their new song “Wae Yer Family” which is a duet with Johnny.

Glass Tiger recently released their new album “31”, in which Johnny produced and it is fantastic. It is new music to all their classics like “Someday”, “Don’t Forget Me When I’m Gone”, “My Town” and more.

When the lights came up and Glass Tiger was on the stage the crowd got loud, their performance was incredible. Glass Tiger is back and better than ever. We look forward to seeing more of them in the future.

Nearing the end of the show, Johnny sat down with Yvan and Ben, two band members that have been with him for roughly 20+ years to perform a few songs that helped get him to where he is today including “Today, I’m gonna try and change the world”, “Thank You”, and “Dance with Me”.

Johnny then had his band come on stage, gather around him to dedicate a song to his good friend  Mark Selby who passed away last year.  He also dedicated to all of us who lost someone we love too soon including the families of the Humbolt Broncos team players and staff.  Both in Halifax and Sydney, the entire place was glowing from cellphone flashlights during the performance of “Picture of You”.

He finished off the show with one of my personal favorites “Darlin”, the crowd was dancing and singing along like they were all evening, some fans threw some dimes on the stage during the song. He didn’t leave the stage long before the crowd cheered so loud, he came out for an encore in which he brought up some kids from the crowd to play drums.

In the end, Johnny has left us all with Revival in our hearts and counting the days till he is back in Nova Scotia again.

For more on Johnny Reid: http://www.johnnyreid.com