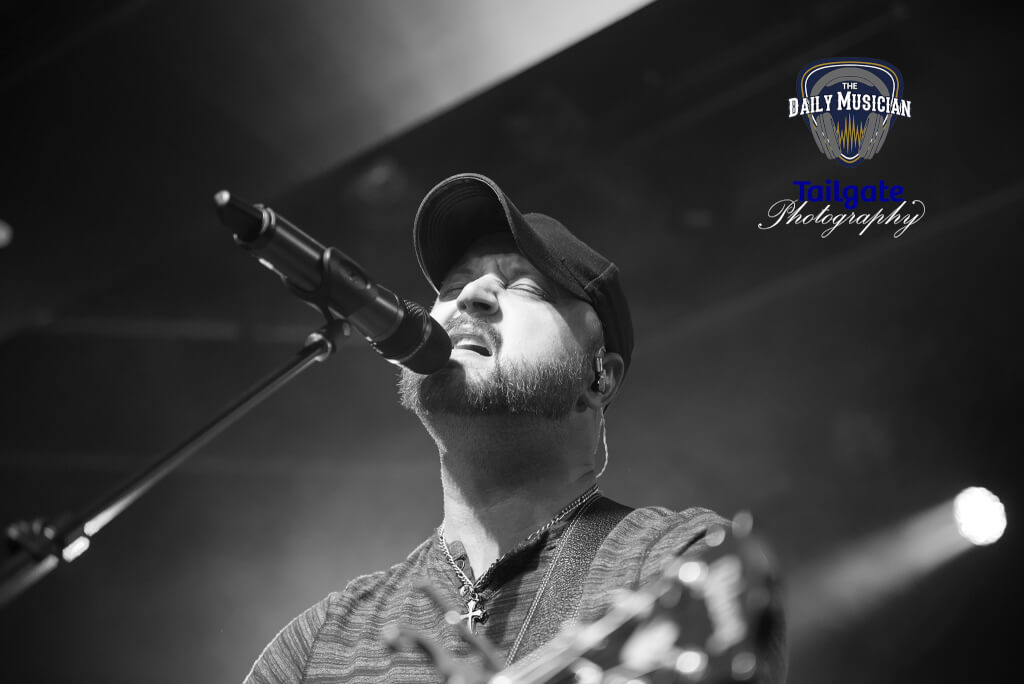 Casino Nova Scotia was smokin’ last night as the Neon Smoke Tour rolled into the city. We started off the evening sitting down with Aaron Goodvin to chat about his three top ten singles in a row on Canadian Country Radio, new music and his plans for the summer.

You can listen to our interview here: Aaron Goodvin

Aaron Goodvin kicked off the show with a killer set. He played an amazing set including fan favorites “Woman In Love”, “Miss Me Yet” and “Lonely Drum”. Aaron performed two new songs which will knock your socks off. The lyrics are incredible and I can’t wait till he releases them. He was excited to tell everyone that he finally has a tour bus and got no reaction from the crowd. He told us he has been working towards that since he was 12 years old… he thought it was a big deal and it is. Congratulations on your #blackbeauty.

Aaron waited till his last song to perform “Lonely Drum” and the crowd let loose. He literally shook the floors in the Schooner Room. Everyone there was jumping, dancing and singing at the top of their lungs. Aaron is an incredible performer that is on the rise, we can’t wait for him to headline his own tour.

Gord is an incredible artist that tells stories with his music. Everyone can relate one way or another with his songs such as “Leaning on a Lonesome Song”, Don’t Let Her Be Gone” or “That’s What Grandpas Do”.

Gord told the crowd about his song “Ain’t it Grand”, a duet with Jim Cuddy who was in Halifax Friday night. He said please welcome Jim…after a pause Aaron Goodvin came out to perform the duet with him. Those two together were great. A duet in the future would be a good thing.

The way he interacts with the audience, telling stories, getting them to sing with him and shaking hands as he performs shows the love he has for his fans. One thing I really like is how he goes off stage and let’s each one of his band members play a few minutes of different songs showcasing their voices. Gord’s band is amazing.

As he thanked Halifax and left the stage… the whole room erupted into cheers for an encore. He came back on to perform two more songs. He ended with “Breakfast Beer”, which he told the audience that he wrote that song sitting on the Halifax Pier when the CCMA’s were here.

All in all, the Neon Smoke Tour is on fire. Aaron and Gord put on one incredible show. We highly recommend you see them in a city near you.