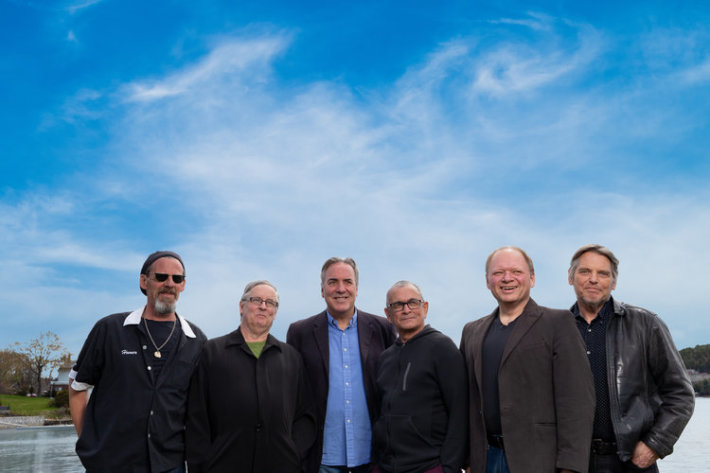 1) You are getting ready to kick off your 30th Anniversary “Flying Colours” Tour in October. Can you tell me about that?

This is a tour put together to celebrate the band having been together for three decades [and then some], as well a tour that will showcase songs from our new Flying  Colours album and 2017’s Rock Steady.

And of course we will be playing as many fan favourites as we can from past albums!

2) You are releasing your 10th studio recording, “Flying Colours”. Tell us more about that.

This is a real group effort with songs written by several band members. It is the second project produced by Jon Landry of The Stanfields and we are very happy with the results. There is a whistle and bagpipe epic “Course Correction” written by Ian, two songs from Brian including our new single “I Wonder” and the ballad

“Been A Long Time” written with James Logan. From the Panting boys we have the first single “Love Comes Around The Corner” by Geoff as well as the Greek influenced “Island Nights” and a country flavoured waltz

“you Know Me Better Than That”. Quite a mix. We are looking forward to playing them live.

3) 30th anniversary, your approaching legendary status as one of Canada’s most accomplished and beloved Celtic music groups. How does that feel?

We still love making music and performing together. We are doing gigs in nice venues for audiences who are into what we do. You can’t ask for much more really and we will keep at for as long as it makes sense.

One thing about being together this long is that we have confidence in each other and in our music.We don’t mind trying new things along with the older tunes and I think our audience appreciates that about us

4) Being together for 30 years is a huge accomplished. What has it been like? Any advice for new or up and coming groups/bands?

In the immortal words of our stick man Brian “Don’t quit”. We have tried many different approaches in music and the business side of things and have learned from our mistakes I think. We have been lucky enough to find the right group of band members who are not only good musicians but are good people to go through life with. And we have run with that.

More music making and touring including a return to Newfoundland.

Thank you to those good people who have worked with us over the years and those who are helping us these days. And of course the folks who buy our music and come to our shows.